We are very proud of our commitment to the children of our community and here at South Elementary School, we are dedicated to your needs as parents and guests.

South is one of five FULLY ACCREDITED elementary schools located in Prince George County which is in Central Virginia. Children of military families who are based at Ft. Lee attend Prince George County Schools. As the Base Realignment and Closure committee (BRAC) closes other bases and reassigns soldiers and their families to Fort Lee, student population will expect to rise. We extend a warm welcome to our military families and other families moving into our community. You will find our schools to be outstanding as we provide the quality education you expect.

Our school has been honored with the 2017-2018 Virginia Index of Performance Board of Education Distinguished Achievement Award.

School at a Glance 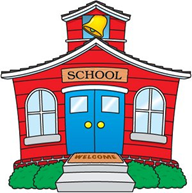 South Elementary School, in partnership with parents and the community, will provide a meaningful and challenging educational program in a safe environment that prepares all students for post-secondary education and the workforce and to be responsible citizens in a global society.

South opened as an elementary school in 1963.  It was located on a thirteen-acre parcel of land in the Rives District, between 460 East and 301 South.  Originally the school consisted of one building housing seven classrooms and an administrative area.  This building served students in grades one through five.

The students enrolled at South in 1963 were transferred from Bessie H. Mason and Providence Elementary Schools.  Both of these schools have since been closed.  In addition, there were approximately sixty students whose parents were affiliated with the military and resided at Fort Lee.

1970 saw the completion of a second building to the South School plant.  This new building contained four new classrooms, administrative offices, cafeteria, library and teacher's workroom. In 1974, five more classrooms were added to the new building.

It was also in 1974 that the student population at South changed to accommodate a division wide reorganization. Instead of housing grades one through five, South became an elementary school serving students in kindergarten through the third grade.  In the fall of 1993, the county reorganized the schools in the following manner:  K‑2 primary; 3‑5 elementary; 6‑8 middle, and 9‑12 high school.  South served students pre-kindergarten through second grade.

In August 2003, a major renovation project was completed as South made a division transition to a PK-5 elementary school.  A third building was constructed to accommodate ten third thru fifth grade classrooms, two special education classrooms, a gymnasium, a library, three resource rooms, an art room, 3 computer labs, a teacher workroom, and administrative offices.  This new building connected the original building to the second building and allowed students to be able to walk inside the entire South campus.

Today South Elementary School is a modern educational facility capable of housing approximately 500 students. It offers its students an exciting and purposeful program of studies designed to provide a strong foundation upon which to base future studies.